Also known as the Bipartisan Infrastructure Law, it is the largest long-term investment in our nation’s infrastructure in nearly a century. The hefty $1.2 trillion law contains an estimated $550 billion designated for new spending, providing states the opportunity to apply for funding to complete much-needing projects.

So what does that mean for Kentucky?

State leaders described the Bipartisan Infrastructure Law as “transformative.” For decades, infrastructure in Kentucky has suffered from a lack of investment. In 2019, The American Society of Civil Engineers gave Kentucky a C- on its infrastructure report card describing the state’s roadways as “aging and struggling to perform as necessary.”

Funding from the Bipartisan Infrastructure Law will provide billions to repair and rebuild Kentucky’s roads and bridges. In addition, the Commonwealth is expected to receive funding for roadway safety, public transit, expanding the electric vehicle (EV) charging network, passenger and freight rail, and airport upgrades.

Investing in Kentucky’s roads and bridges

State transportation officials estimate Kentucky has more than 1,000 bridges and 1,322 miles of highway in poor condition. They believe the backlog of maintenance to the state’s bridges and roads could cost the state up to two billion dollars.

Nationally, the Bipartisan Infrastructure Law provides nearly $284 billion for transportation spending. That pot of money could provide the necessary funding to make investments in Kentucky’s infrastructure that will benefit generations to come.

“I’ve never seen anything like this in my lifetime,” said Sec. Gray. “It’s been characterized as not shovel-ready projects, but shovel-worthy projects and that’s what we’re examining today.”

Based on formula funding alone, Kentucky would expect to receive more than $5 billion over five years in federal highway formula funding for highways and bridges. Additionally, Kentucky can also compete for the $12.5 billion Bridge Investment Program and $15 billion of national funding in the law dedicated to megaprojects that will deliver substantial economic benefits to communities.

Local governments in Kentucky will also be eligible to compete for $6 billion in funding for a new Safe Streets for All program which will provide funding directly to these entities to support their efforts to advance “vision zero” plans and other improvements to reduce crashes and fatalities, especially for cyclists and pedestrians.

State officials also believe the state can use funding from the Bipartisan Infrastructure Law to enhance their commercial motor vehicle safety efforts and modernize data collection on all reported crashes.

State officials estimate 15.5% of transit vehicles in the state are past useful life. Under the Bipartisan Infrastructure Law, Kentucky would receive about $394 million over five years to improve public transportation options across the state. In Louisville, Mayor Greg Fischer estimates about $118 million will go toward TARC.

“Part of that money is for the ability to convert from diesel power buses toward zero-emission fleets, which we have seen happening across the country,” said Maurice Henderson, a Senior Advisor in the Office of the Secretary U.S. Department of Transportation.

The adoption of plug-in electric vehicles is a critical element in the Biden-Harris Administration’s plan to address the climate crisis and support domestic manufacturing jobs.

Under the Bipartisan Infrastructure Law, Kentucky would expect to receive about $69 million over five years to support the expansion of an EV charging network in the state. Additionally, Kentucky can apply for grants out of the $2.5 billion available for EV charging.

The Bipartisan Infrastructure Law includes $66 billion above baseline to eliminate the Amtrak maintenance backlog, modernize the Northeast Corridor, and bring world-class rail service to areas outside the northeast and mid-Atlantic. One of those locations could be Louisville.

Amtrak’s vision for the future includes a stop in Louisville, connecting the I-65 corridor from Nashville to Louisville to Indianapolis to Chicago. Under the law, $22 billion would be provided as grants to Amtrak.

Officials estimate Kentucky will be eligible to compete for $5 billion for rail improvement and safety grants and $3 billion for grade crossing safety improvements.

Nationally, the Bipartisan Infrastructure Law will invest $25 billion to improve our nation’s airports. For Kentucky, officials estimate the state would receive approximately $204 million for infrastructure development for airports over five years.

This funding will address airside and landside needs at airports, such as improving runways, taxiways and airport-owned towers, terminal development projects, and noise reduction projects.

In addition, $5 billion in discretionary funding is available over five years for airport terminal development projects that address the aging infrastructure of our nation’s airports, including projects that expand accessibility for persons with disabilities, improve access for historically disadvantaged populations, improve energy efficiency, and improve airfield safety.

The Bipartisan Infrastructure Law invests more than $60 billion for funding access to broadband across the nation.

The bill allocates $42.45 billion to the Broadband Equity, Access, and Deployment Program, which will make grants to states. For Kentucky, the funding could provide necessary access to high-speed internet in rural communities. Since the COVID-19 pandemic began, the state has invested hundreds of millions of dollars to improve broadband internet speed and access across Kentucky.

“During the pandemic, we have seen the importance of reliable high-speed internet access for education, businesses, workforce and health care,” said Gov. Andy Beshear. “Access to the internet is no longer a luxury. To build a better Kentucky, every home and business in our state should have access to affordable, adequate, and reliable internet to participate fully in our economy, schools and society.”

The legislation will also help lower prices for internet service and help close the digital divide so that more Americans can afford internet access.

As 2021 comes to a close and we begin looking at funding projects for 2022 and beyond it is important to understand the Bipartisan Infrastructure Law represents a long-term approach to repair and rebuild the nation’s infrastructure.

It will be a busy and competitive few months in Washington and across the country as the implementation of the law begins. State leaders in Kentucky are confident about the Commonwealth stands for their portion of the funding.

“We are good at this, and we have already started our work on applying for these grants,” said Sec. Gray. “We’re not waiting, and we did not wait until the IIJA was passed.” 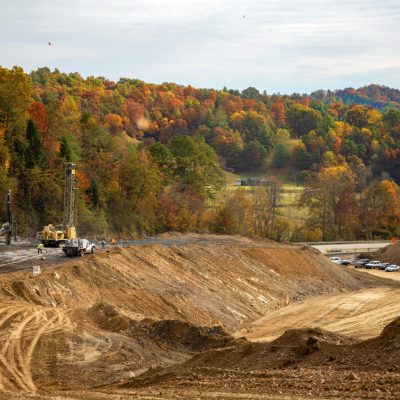 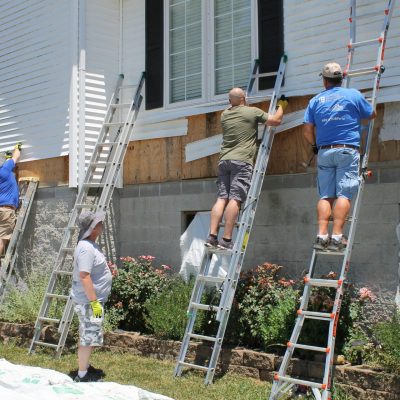