This interactive feature is an accounting of more than 500 infrastructure projects from every state and several US territories, totaling more than $500 billion. It was compiled by APM Reports, American Public Media’s investigative reporting and radio documentaries project. (For more, click here.)

President Trump’s infrastructure plan will be out in a few weeks, Transportation Secretary Elaine Chao told the U.S. Chamber of Commerce on May 15. 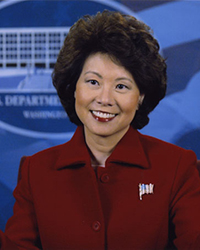 Chao said the plan will call for $200 billion in taxpayer money to generate $1 trillion in private investment, the Associated Press reported.

More than 500 projects – including a half dozen related to Kentucky – have been pitched to make the cut for infrastructure plan. Among the criteria important to Trump are speed of completion, private investment and job creation. The proposed projects inside of or tied with Kentucky are as follows:

On Tuesday, May 16, Kentucky Transportation Sec. Greg Thomas told members of the Kentucky Chamber of Commerce’s P3 Work Group that he had met with Chao last month and discussed federal funding for transportation projects in Kentucky, including the Brent Spence Bridge and the proposed I-69 Crossing  in Western Kentucky. Thomas said Chao indicated that federal dollars likely will be allocated to projects in states with “creative financing, P3 plans” that leverage federal dollars.

“I really believe federal participation is going to be dependent on “creative financing,” Thomas said. So Kentucky’s recent passage of legislation to enable P3s for transportation projects,” is good news as far as that’s concerned.”