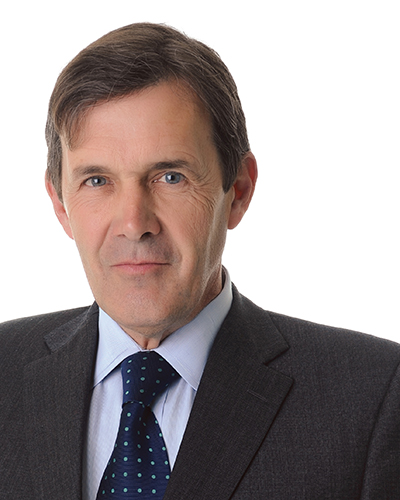 Should infrastructure projects, hospitals, YMCAs, community centers and universities all cost more? Apparently so, according to the leadership of the U.S. House of Representatives and their version of Tax Reform legislation in introduced on November 1, 2017. Infrastructure advocates, representatives of hospitals and other nonprofit 501(c)(3) organizations and proponents of Public-Private-Partnership (P-3) development were shocked last week when House Republicans released their version of Tax Reform legislation, which would terminate the tax exemption of interest for all private activity bonds (PABs) and all advance refunding bonds issued after December 31, 2017. The loss of tax-exempt financing for private activity bonds and advance refundings would lead to higher costs for state and local governments and for nonprofit organizations which provide vital public services and infrastructure. It would also dampen efforts to finance more public projects using P-3 techniques.

As the National Association of Bond Lawyers (NABL) noted in a November 6, 2017 letter to U.S. Senate majority leader Mitch McConnell and other congressional leaders, the elimination of tax-exempt private activity bonds means a repeal of qualified 501(c)(3) bonds (which finance nonprofit hospitals, universities, colleges and schools among other things), single-family mortgage bonds, low-income multi-family housing bonds, bonds for exempt facilities such as airports, seaports, solid-waste infrastructure projects, bonds for state-run student loan programs, and bonds used in public private partnerships and more. The loss of tax exemption for PABs would affect a large number of projects for hospitals, airports, seaports, housing, and universities that are currently on the drawing board, jeopardizing jobs and economic growth.

The Council of Development of Finance Authorities (CDFA) estimates that loss of tax-exemption for PABs and qualified 501(c)(3) bonds will cause applicable interest rates to increase by 1.5% to 2.5% for applicable borrowers, resulting in increased borrowing costs of between 25% to 35%. The increased borrowing costs would ultimately be passed on to taxpayers as individuals who use or rely on the facilities, projects and public services, who will see a rise in local taxes, tolls, low-income housing rents, mortgage payments and hospital charge and a decrease in projects undertaken by private entities with a public mission. The CDFA sent a letter dated November 3, 2017 to Senate and House leadership, imploring them to reconsider what would be a set-back for economic development across the nation.

Rep. Erik Paulsen, R-Minn., in a Bond Buyer article characterized portions of the House Bill as “still a work in progress.”  Will the ultimate legislation eliminate tax breaks for PABS, qualified 501(c)(3) bonds and advance refundings? Paulsen said: “I can’t handicap it. You have the House process, you also have the Senate process. I think as more people become aware of the value it has for senior housing, for colleges, for charter schools, there is going to be an interest in fine tuning or paying attention to that.”

The Senate released its own version of the Tax Reform Plan on Thursday, November 9, 2017.  The Senate Bill differs significantly from the House Bill on many points; importantly for proponents of tax-exempt funding for development projects, the Senate Bill does not touch or change tax-exempt financing for 501(c)(3) bonds or PABs. Instead, the Senate version just eliminates tax-exempt advance refundings that would occur after December 31, 2017.

Supporters of infrastructure projects, hospitals, YMCAs, community centers and universities should contact their U.S. Senators and Representatives to provide feedback on why Tax Reform should not eliminate PABS or advance refunding of outstanding tax-exempt bonds.

For a list of Kentucky’s Senators and Representatives, go to  https://www.govtrack.us/congress/members/KY, which provides contact information. Calls are always the most valuable form of feedback. Another option is to go to https://www.surveymonkey.com/r/9C3W97D, which links to the CDFA’s Sign the Letter Campaign.

John S. Egan is a member in the Louisville office of Frost Brown Todd LLC. John represents the firm’s clients on a variety of municipal bond and project finance issues, serving as bond counsel, underwriter’s counsel or company counsel. He frequently counsels lenders and borrowers in financial transactions and creditors in bankruptcies, complex foreclosures and receiverships. He also serves as corporate counsel to a number of clients and advises companies on investment incentives available for new and expanded industry including tax benefits through taxable bond structures.