The $3.9 billion contract for the Tappan Zee Bridge replacement north of New York City was a P3 combining the design and construction of the new bridge.

Note: A version of this article was first published by RealClearPolicy. 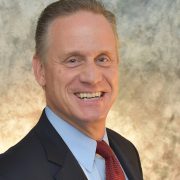 As cities across the South and islands throughout the Caribbean recover from the devastation caused by Hurricanes Harvey, Irma and Maria, one thing has become painfully clear: Such storms inflict massive damage on a region’s infrastructure. Roads have been washed away and buckled, the foundations of bridges weakened, water and sewage systems inundated and damaged, electrical systems rendered inoperable, schools, hospitals, and courthouses left unusable. It has taken years and billions of dollars to repair the enormous damage to New York’s critical infrastructure inflicted by Superstorm Sandy in 2012 — and the work remains unfinished.

Sadly, similar storm damage to infrastructure seems unavoidable as urbanization increases and more people move to flood-prone areas, such as South Florida. Fortunately, major strides have been made in new technologies to make America’s critical infrastructure more resilient to natural disasters. New types of concrete have been developed, as well as space-age sensors ready for implantation in infrastructure, new plastics, new designs, and new management methods. The collective effect of those leaps is to make infrastructure more resilient to hurricanes, floods, earthquakes, fires, tornadoes, terrorist attacks, and many other threats.

The core of a P3 is a contract between the public-sector partner that must rebuild its infrastructure and a private partner (usually a group of firms) that provides the rebuilding as well as the operational and infrastructure maintenance services. The P3 contract combines or “bundles” together various tasks required to rebuild, while operating and maintaining existing infrastructure. For example, the $3.9 billion contract for the Tappan Zee Bridge replacement north of New York City was a P3 combining the design and construction of the new bridge.

A P3 contract increases the adoption of cutting-edge, resilience-enhancing technologies in at least three ways:

Second, P3s can ensure infrastructure resilience because the group of private firms that design and rebuild the facility will, in the long run, also operate and maintain it. Thus, the private partner has strong incentives to incorporate the best materials, sensors, and new technologies.

Third, the structure of the P3 contract itself creates incentives to adopt new technologies. Such an agreement can simply require that the private partner use certain technologies known to survive a natural disaster or — even better — it can lay out how the infrastructure will perform in various “stressed” situations. This allows the private partner to decide which technologies will best meet the performance standards.

Many other countries rely on P3s that include both operational and maintenance requirements. Japan, for example, uses hundreds of contracts with private firms to operate and maintain its roads, bridges, and tunnels. Florida is a leader in P3 use in the United States, and is in an excellent position to leverage this method for its current recovery.

P3s have many additional benefits for infrastructure. A P3 that combines design and construction with operation and maintenance, for example, usually includes provisions to ensure that the infrastructure is properly maintained. This reduces the likelihood of deferred maintenance, one of the main problems plaguing U.S. infrastructure today. P3s also create synergies between the various delivery aspects of a project — a firm that designs a bridge may be able to better build that design — and allow the firm to operate and maintain what it designs and builds, perhaps more effectively than the public sector. Finally, P3 contracts often include precisely defined performance specifications, with clear penalties if the private partner fails to provide the project on-time and on-budget. This helps reduce cost over-runs, which are a major problem with many taxpayer-funded U.S. infrastructure projects.

The United States is decades behind many other developed countries in the use of P3s. Fortunately, however, we can learn from decades of international experience and the standard practices that have emerged. It is time for federal, state, and local lawmakers to use the best available procurement approaches to remedy and prevent future degradation of the infrastructure systems we currently have — and to wisely repair those that Mother Nature has already destroyed.

R. Richard Geddes is a visiting scholar at the American Enterprise Institute. He is also a professor of policy analysis and management and the Director of the Cornell Program in Infrastructure Policy at Cornell University. He can be reached at rrg24@cornell.edu.

L.A. Transit Agency Now in Housing Business, Thanks to P3
Scroll to top