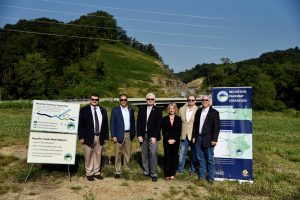 The more than $70 million construction project will widen and improve a crash-prone section of the parkway near the Magoffin and Morgan county line.

When completed, this section of the parkway will be widened to four lanes and connect two adjacent segments of existing four-lane traffic. The new segment, known as the Magoffin County West segment, runs from west of the Cutino-Hager Road overpass, to west of the Middle Fork of the Licking River Bridge, covering about 4.6 miles of roadway.

• Widening the parkway to four lanes between mile points 65 and 69.6

• Making safety improvements to a crash-prone curve around the mountain

“The Magoffin County West segment of the Mountain Parkway expansion will not only bring ease of mobility and safer travel to residents along its path, but will also play a pivotal role in attracting exciting new economic opportunities to the region,” said Gov. Bevin. “We are grateful for those who have worked and will continue to work on this safety-driven project, and we look forward to seeing how this corridor will further accelerate economic growth in Eastern Kentucky and beyond.”

The Mountain Parkway Expansion is a 46-mile transportation improvement project that will create a wider, safer connection between Eastern Kentucky and the rest of the Commonwealth. It is a key transportation project designed to close the only gap in a 400-mile, four-lane, high-speed corridor for commerce and mobility across Kentucky from Pikeville to Paducah. The project will widen 30 miles of the existing parkway to four lanes and extend the parkway by about 16 miles between Salyersville and Prestonsburg. 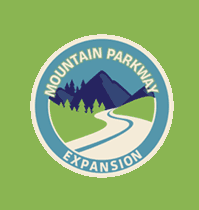 The Magoffin County West segment will connect the new, four-lane roadway currently being built in Morgan County with a four-lane section already completed near Salyersville, creating a 21-mile stretch of continuous roadway throughout the project. The completion of this segment will improve mobility through this corridor and eliminate what has been a choke point for drivers—the only stretch of the Parkway for 21 miles where traffic remains constrained to two lanes.

“As we reimagine the future of Eastern Kentucky and plan for new opportunities, the completion of this monumental expansion of the Mountain Parkway will pave the way for safer travel and economic development as a primary gateway into our region,” said Congressman Hal Rogers. “Road projects in Eastern Kentucky require more patience, funding and sheer hard work due to our mountainous terrain, and the progress on this long-term project is a testament to the overwhelming perseverance at the local, state and federal levels.”

“This project will prove to be invaluable to the economy of Eastern Kentucky,” said Sen. Brandon Smith. “The expansion not only provides safer roadways but also creates a much-needed pipeline that connects our region to the rest of the state.” 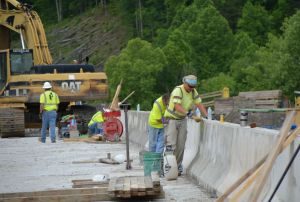 Expanding the Mountain Parkway into a more mobile, high-speed corridor will increase economic opportunity throughout the Eastern Kentucky region and attract new business and tourism opportunities to the area.

“We had no idea, when that first car drove down the Mountain Parkway in 1963, what a historic impact the road would make on our quality of life,” said Rep. John Blanton. “Over the years, the parkway has provided access to health care, education and other necessities. Now we are prepared to make the road safer and better for future generations to build on that legacy. This is more than asphalt, it is the first step in a long term commitment to our region that will end in good jobs, tourism and access.”

The first completed segment of the Mountain Parkway Expansion Project was the Magoffin County Central segment, in 2016. The Parkway is currently undergoing construction in Morgan County and on Restaurant Row in Salyersville. Restaurant Row is on track for completion by the end of fall 2019. The new Magoffin County West segment will be phased into construction in August and will remain under construction for the next three years, due for completion in the fall of 2022.

When the Mountain Parkway Expansion is completed, the entire Parkway will run more than 90 miles, crossing six counties and providing interstate-quality access to dozens of others between I-64 and U.S. 23 in Eastern Kentucky.