Lexington and Louisville ranked among best cities for young professionals

Lexington and Louisville are among the best cities for young professionals, according to a new analysis by SmartAsset. 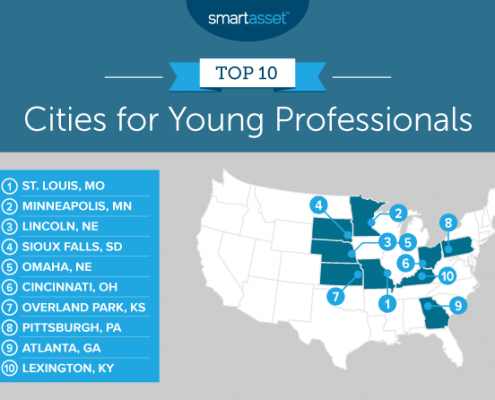 Lexington earned the highest rating in Kentucky and No. 10 overall with a low unemployment rate, low cost of living and gains in four-year change in earnings. The Lexington area area has an unemployment rate of 9.1%, the 17th-lowest of the 150 cities. It ranks 20th-best for its strong entertainment density, with 2.00% of all establishments dedicated to entertainment. Louisville was ranked No. 25 overall.

Many cities in the middle of the country and Midwest ranked higher than coastal cities largely due to the cost of living. The average rent in the top 10 ranked cities was $939, under the national average of $1058.

The two Kentucky cities also had a high percentage of young professionals, 25 to 34 years of age. Nationwide, millennials make up more than a third (35%) of the labor force.

This is SmartAsset’s fourth study on the best cities for young professionals. See the study here.