When looking for a new team mascot, you need something authentically local, undeniably eye-popping and easy on the tongue. The minor league baseball team in Florence, Ky. hit a home-run with their new name: the Florence Y’alls.

The Cincinnati Enquirer called the rebranding: “definitely one of the most Kentucky things to ever happen.”

The team – formerly known as Freedom – took their new name and color scheme from the red and white water tower that has greeted people arriving in Florence since the early 1970s. (To understand the team’s color scheme, imagine the water tower against a clear blue sky.) 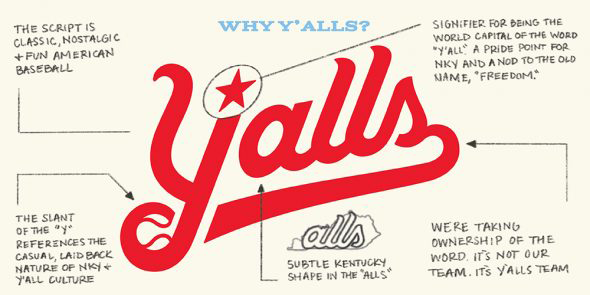 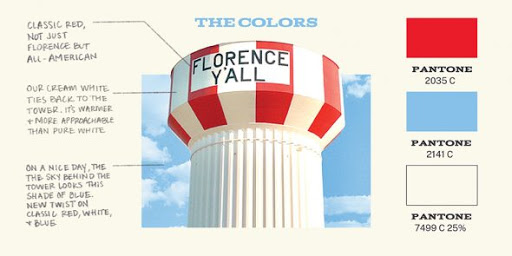 The water tower originally said “Florence Mall,” but ran afoul of signage rules. City leaders at the time took the cheapest option to change the sign, painting over part of the M to make the word “Y’all.”

A city motto was born. Florence Y’all has stuck and survived many water tower paintings.
The team rolled out its new name, logo and colors with cute graphics, explaining the brand. For example, they explained the star in the logo represents Florence’s position as the “world capital of y’all.”