Many county judges, attorneys and law enforcement officials across Kentucky are watching Madison County, where local leaders hope to form a public-private partnership to solve a growing drug problem that plagues many areas. If successful, it would be the state’s first local P3 project since legislation was passed last year governing P3 deals. 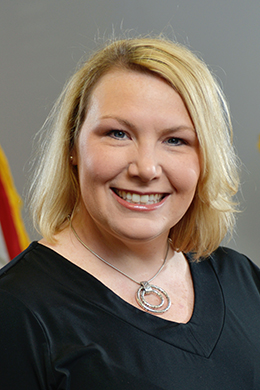 Its citizens annually pay more than $3.1 million more than statutorily required to fund the jail and sheriff’s department. The 184-bed detention center is operating at more than double capacity, and drug-related crime has risen steadily.

Without changes, the county estimates it will need to invest about $50 million to build an 800-bed detention center and then pay to house the growing number of offenders.

Local leaders, led by Judge-Executive Reagan Taylor and Deputy Judge Colleen Chaney, decided a better option is to attack this problem holistically with a public-private partnership. Madison County’s model would use more than a detox program to treat drug abuse.

Chaney said Taylor’s mandate was simple: “We have to stop housing, and we have to start healing.”

After much discussion and research, leaders outlined a plan for The Healing Center, which would include three phases:

This program would be offered as an alternative sentencing for some drug-related offenses. Chaney said that county leaders looked across the nation for similar models. They didn’t find any.

“Some told us we were crazy to think this can be done,” Chaney told the Richmond Register.

Nevertheless, the potential benefits outweigh the costs Chaney said, noting that the drug epidemic has created workforce and economic development problems that can’t be addressed until it’s fixed. “I can’t recruit companies here. I can’t attract people here if it’s not a place where people want to live and work.”

With the help of legal partner Jackson Kelly PLLC and financial consultant Commonwealth Economics, the county issued an RFP in April.

The RFP calls for the county to invest in a built-to-suit facility to house the The Healing Center. A vendor or vendors would provide the rehab and vocational services. Funding sources could include private insurance, Medicaid, federal grants and redirected state and county funding typically used for incarceration.

“We were expecting four vendors to show up for the (pre-proposal) meeting,” Chaney said. “We had 39 vendors from across the country. We were beyond excited.”

Chaney said officials want to pick the “best of the best” ideas, but only if they are sustainable financially and have measurable impacts.

Initially, Taylor and Chaney considered other models to create the center, such as hiring a vendor. But, she said, her husband, Kentucky League of Cities Deputy Executive Director J.D. Chaney, asked if she had considered using the new P3 process created last year by the state.

Taylor and Chaney liked the idea that private partners would share in the financial risk and accountability. Also, the process allows the county to solicit the best ideas and negotiate a deal with one or more vendors to provide treatment services. Finally, they liked the fact that the deal would be subject to review and approval at the state level.

“This is a substantial project, and going through the financial review was very attractive to us,” Chaney said. “There is a lot of finance packaging going on, and having the state review the financing gives us a lot of confidence.”

Responses to the RFP are due to a screening committee by July 7. In early August, county leaders expect to decide whether to begin contract negotiations so construction of the center could begin in spring 2018.

Chaney said leaders are being thoughtful about how they use resources but are excited about the impacts this project could have on their county.

“The financial component is critical,” she said. “We see a long-term benefit. If we can have even a 30 percent success rate, it would have an unbelievable short-term impact and domino effect.”

P3s Could Surge With Water Infrastructure
Scroll to top