While much of the discussion around public-private partnerships often focuses on funding, anyone who has worked on large-scale construction projects knows that securing financing is just the first step to success. True success is a project completed on time, on or under budget and up to the quality standards set by the owner. That is particularly true for large, public projects. When multiple parties are involved, project execution must be on point to ensure that all involved benefit.

Jason Larkin, senior project manager for Messer Construction Co., says preparation, communication and flexibility are the most important factors in project success. “Everyone involved needs to understand what’s expected of them, what’s important to others and how we operate as a team.” In particular, Larkin offers these tips for success based on his experience with large, complex projects like the University of Louisville’s Cardinal Stadium expansionand the stadium’s Thornton’s Academic Center of Excellence.

On large infrastructure projects, the timeline is often tight, non-negotiable and tied to a larger need. “The only way to ensure that timelines are met is to build time into the schedule to address the unknowns,” says Larkin. “This is especially important when retrofitting an existing space, like with the Lexington Convention Center and Rupp Arena project. You have to expect that when you start opening up walls, you’ll find something that no one knew was there.”

Because infrastructure projects are often complex and specialized, cookie-cutter project plans simply do not work. “Especially for projects like stadiums, the geometry is challenging,” says Larkin. “You have to think about which order to build things in so you can make the schedule progress in the way that you need.”

Although the future owner/operator of a facility is the most apparent end user, it is important to consider the needs of other constituents during the construction process. “For example, when we’re building a stadium, we’re thinking about the players, the coaches, the fans – even people who might be there down the road for a concert or other event,” says Larkin. “Always keeping the end users in mind ensures we are keeping the best interests of the owner/operator in mind too.”

When building infrastructure, the project area may be broader than what it is shown on paper, and construction can impact everything around it. “Development follows development,” Larkin notes. “You can’t just think about your little part of it. You have to think about all of the other projects going on around you. For example, our Old Forester project in downtown Louisville is surrounded by restaurants, hotels, condos and even an arena. You have to keep those neighbors in mind when you’re managing the project.”

Everyone on the project team is a leader, and part of leadership is addressing issues head-on. “If I think the materials specified won’t stand up to the elements, it’s my job to say something. If weather delays might affect the timeline, it’s my job to develop a plan to mitigate the impending weather event. Open and honest communication is a must.” 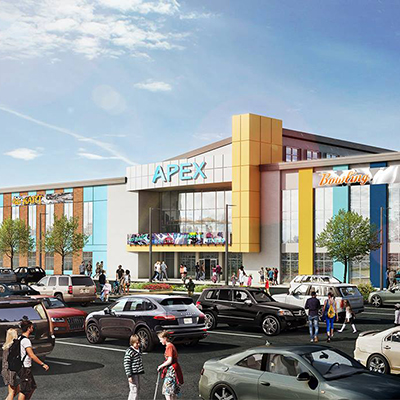 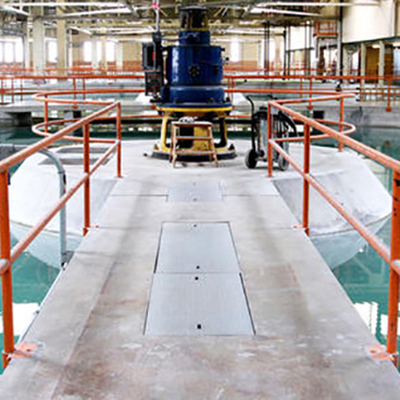