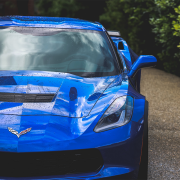 Another shift and 400 new employees are needed at the Corvette plant in Bowling Green, bringing the total to over 1,300. The eighth generation Corvette begins production soon and there is manufacturing need for national and international markets.

The Corvette is the world’s longest-running, continuously produced passenger car. More than 1.6 million Corvettes have been produced since 1954 and since 2011 alone, GM has invested nearly a billion dollars into plant upgrades.

Using tax incentives through the Kentucky Business Investment program, the plant is able to keep portions of new tax revenue generated by meeting its job and investment targets.