City visitors with an interest in the famed brown elixir can now hop on an electric tuk tuk and cruise downtown Louisville, learning about bourbon and mixed drinks on tours that include spirit samples at urban distilleries. Omni Louisville, also the newest location for a Bourbon Barrel Foods store, is headquarters for these tours.

Bourbon pours $8.6 billion annually into the state’s economy and generates more than 20,100 jobs. For those with less of an interest in bourbon, there’s an ultimate city sightseeing tour that departs from the hotel. The tours launch Memorial Day weekend, with 300 people booked already. 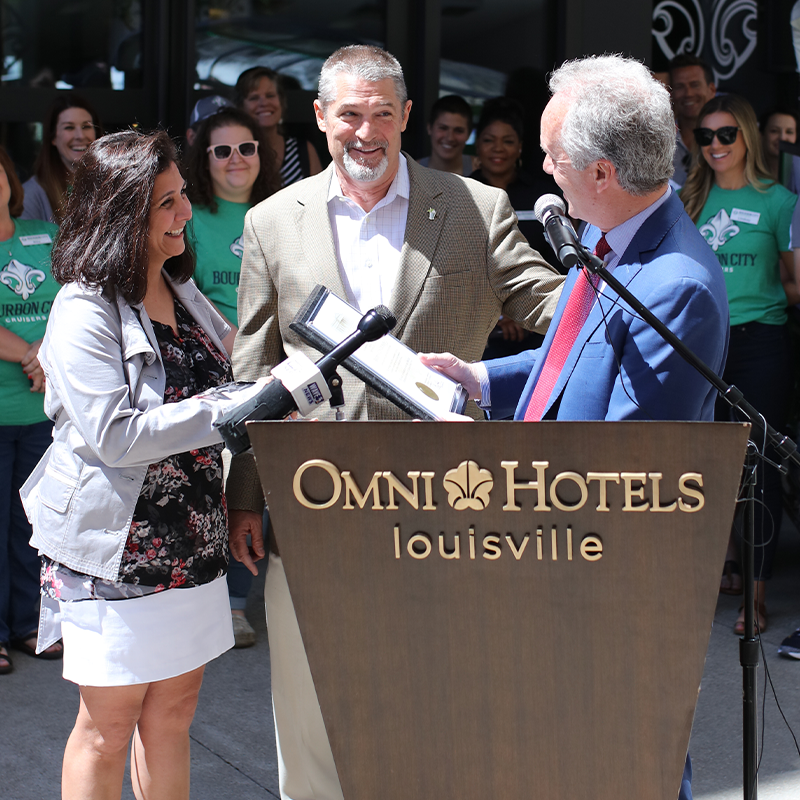